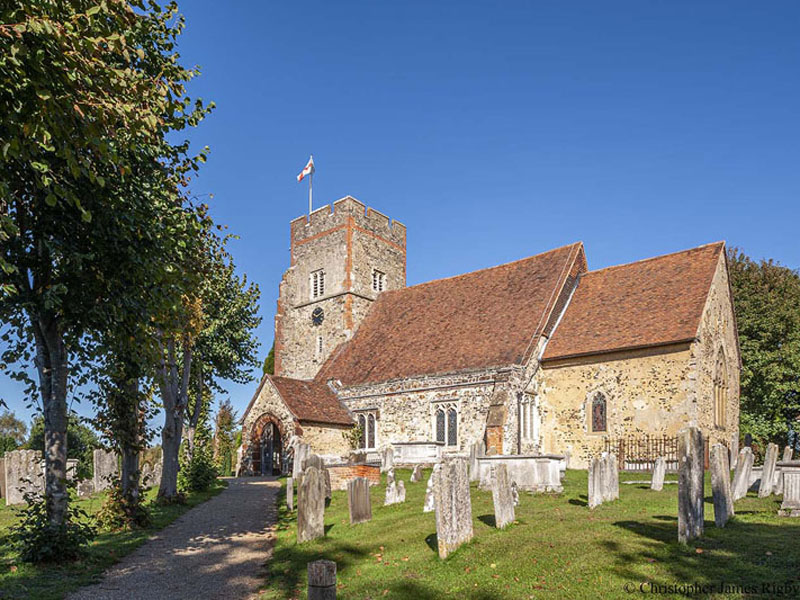 1. Exterior from the south.

Records of St Peter’s Church at Ightham date back to the 12th century although the church probably replaced a Saxon place of worship. Although the present church was almost entirely rebuilt circa 1400, early Norman features still survive with two small blocked windows high in the east wall and the thick chancel walls. 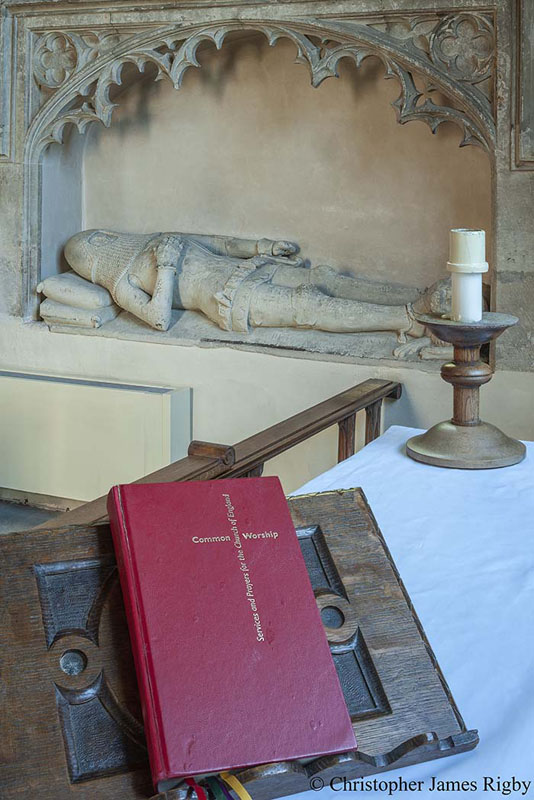 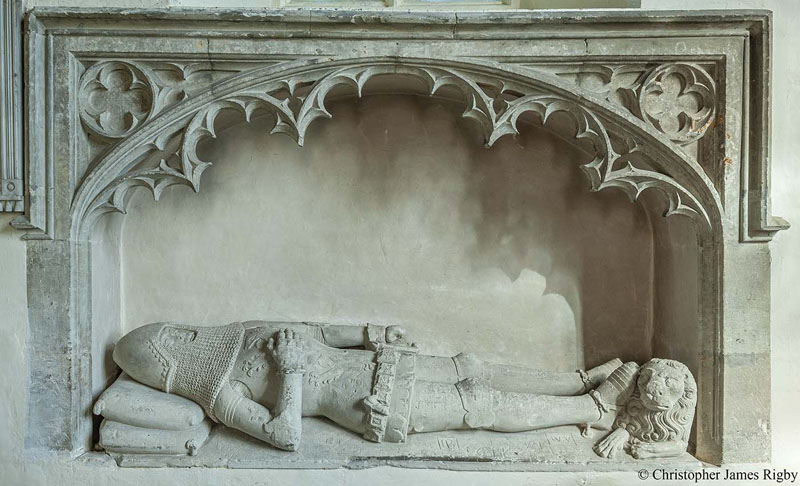 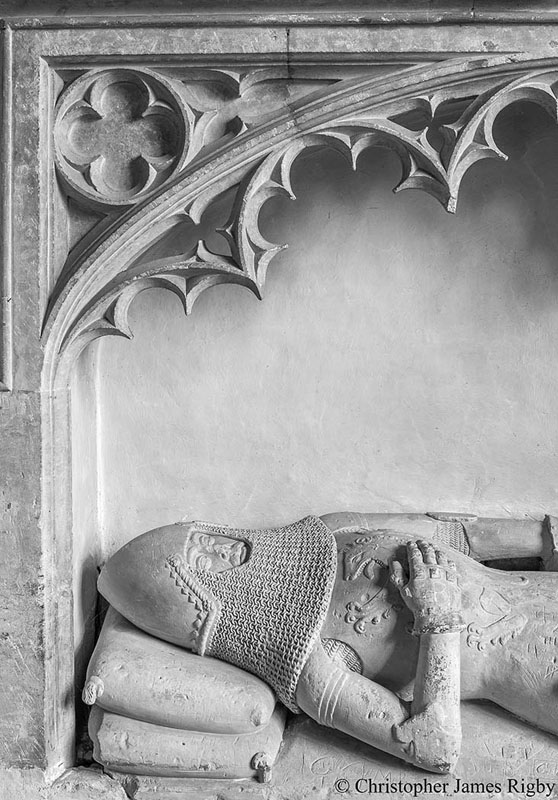 Sir Thomas Cawne was the owner of Ightham Mote which is now in the care of the National Trust. His monument dated circa 1374 is cut into the north wall of the chancel and is the earliest in the church. This fine detailed sculpture shows Sir Thomas Cawne clothed in plate and mail-impressive head armour with gauntlets, heavy belt and protected knees and feet in a cusped arch and square hood. 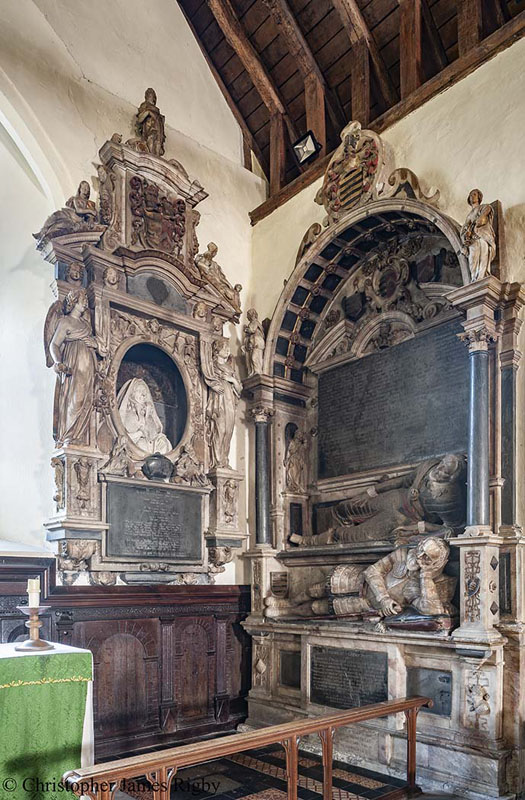 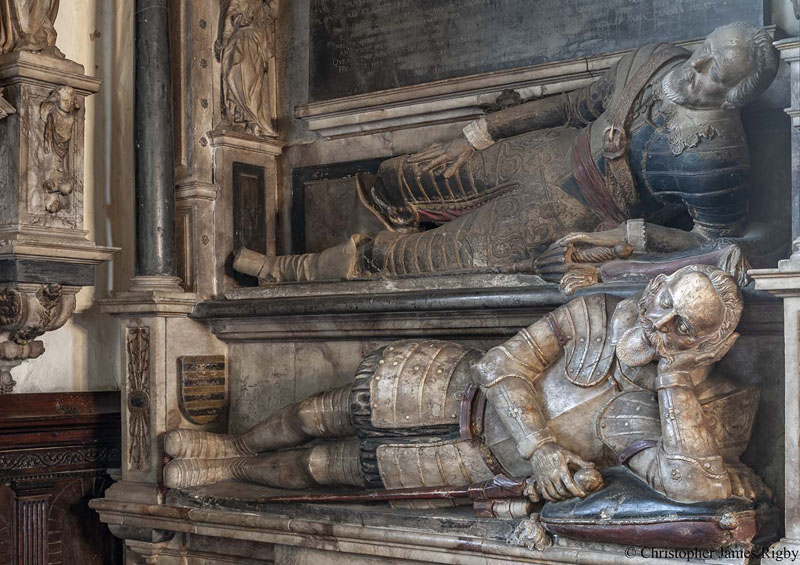 William Selby I is the lower of the two reclining figures each finely detailed in typical costume. 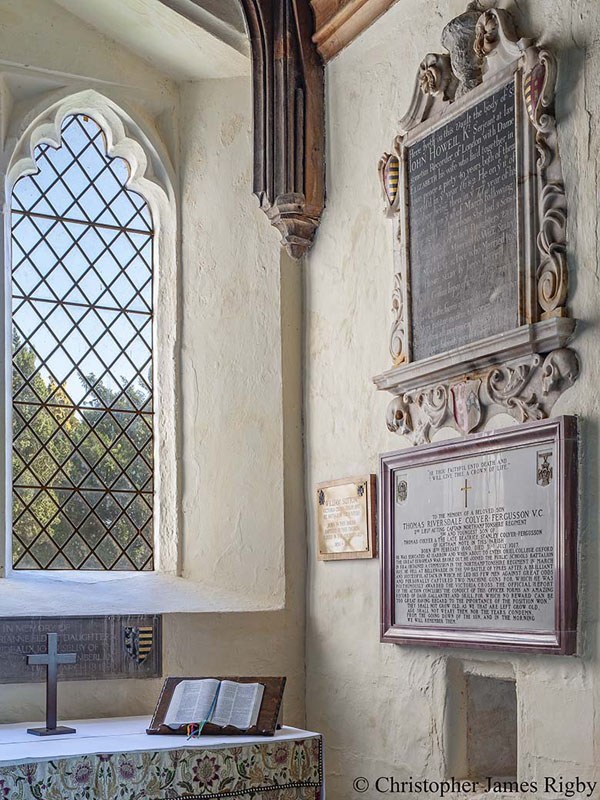 St Catherine’s Chapel in located in the south aisle and although undated a small piscina can be seen below the monuments. Victoria Cross medals have been awarded to two members of St Peter’s Church whose details are shown in the lower plaques on the south wall of the chapel. The earlier VC was awarded to John Sutton of the 60th Rifles for outstanding valour during the siege of Delhi in 1875 and John Sutton was buried in the churchyard in 1888. The later VC was awarded to Thomas Riversdale Colyer-Fergusson who died in 1917 at the age of 21 years whilst fighting in Flanders during the First World War and was made posthumously for gallantry in action. 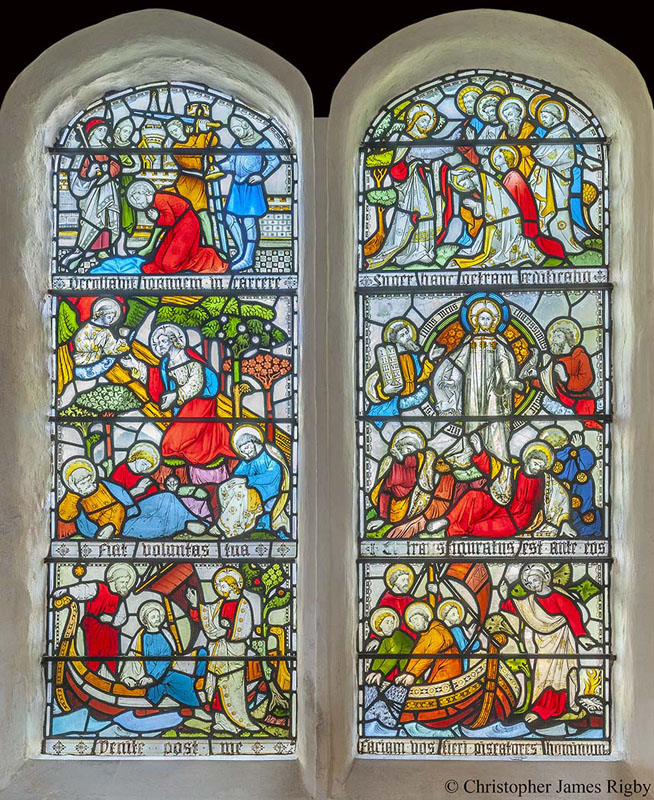 The east window in the north aisle is known as ‘The James Window’ and was dedicated to the memory of Demetrius Grevis-James of Ightham Court and his wife Mary in 1868. The two light window contains six panels depicting scenes from the life of St James the Greater who can be seen clothed in red.