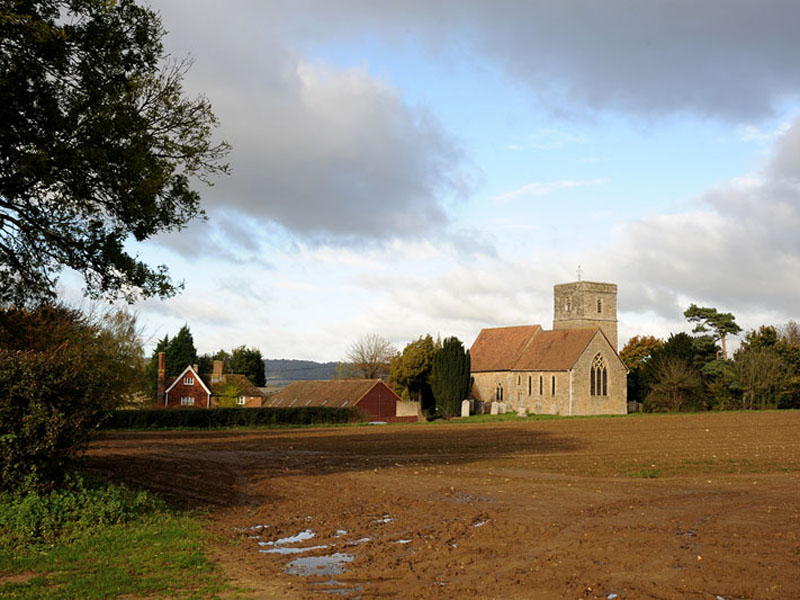 1. The church seen across fields from the south-east

Offham church stands next to Church Farm and about half a mile north of the village it serves. Church Farm probably stands on the site of the manor house. There are no other houses nearby. Churches remote from their settlements are common in Kent (eg Horsmonden, East Peckham, Challock). The village must once have clustered round the church but moved away to a more convenient site at some point in the medieval period. 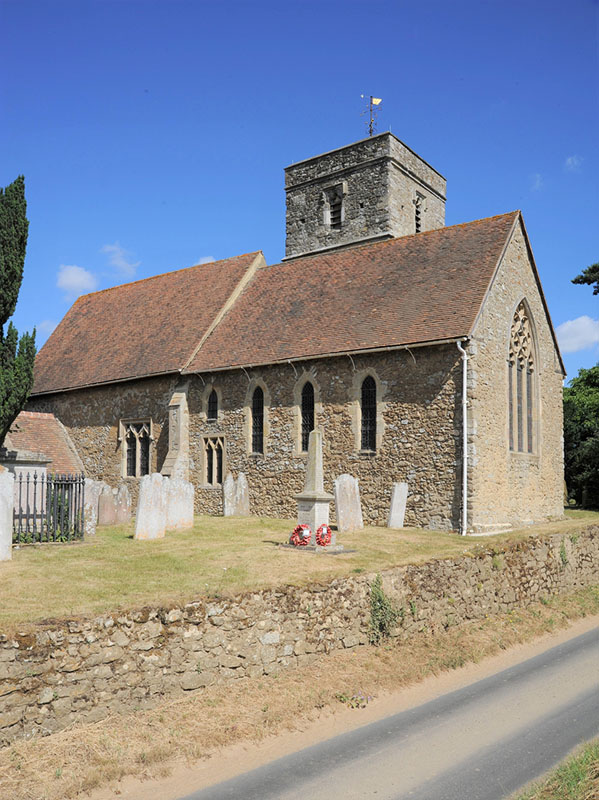 2. Exterior of the church from the south-east

The church now consists of a short nave with a south porch and a rather longer chancel with a tower on its north side. The nave is Norman, the chancel 13th century as can be seen from its lancet windows, the most westerly of which has been converted into a ‘low-side’ window in the 14th century. The east window with its elaborate tracery is Victorian. The most common positions for towers in medieval churches are over the crossing or at the west end. In Kent, as here, other positions are quite common. Chelsfield, Harrietsham and Dartford, for instance, all have or had north towers. 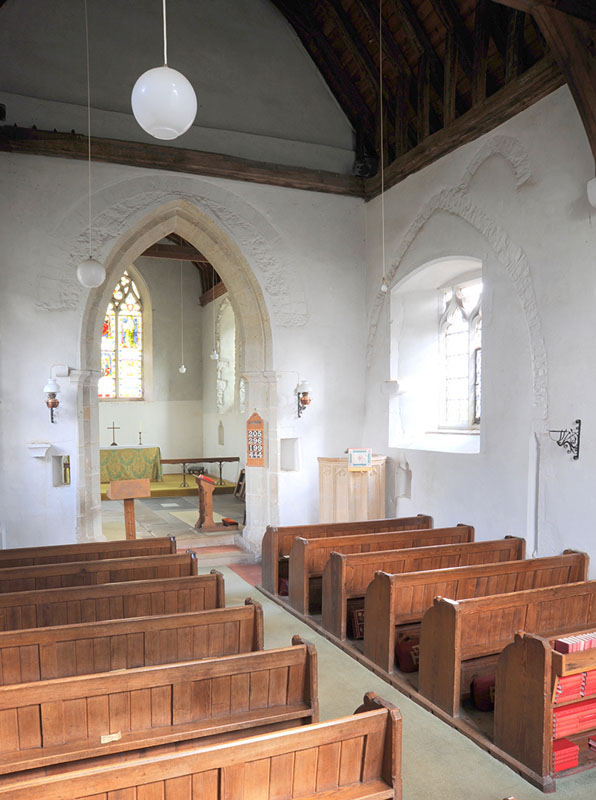 3. Interior of the church looking east

The whitewashed interior, lit by windows most of which have clear glass, is numinous and beautiful. The nave formerly had a south aisle: the outline of its arcade can be seen embedded in the south wall. Above it is a blocked early 12th century window – there are more such windows in the north wall. The church was presumably truncated because of a fall in population. There are other examples of this elsewhere in the county eg Chalk, Chevening and Kenardington. 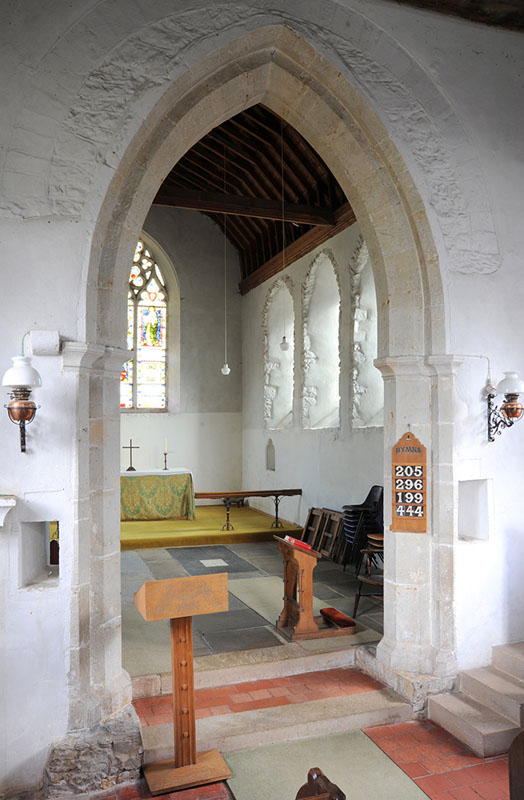 The chancel arch is a 14th century replacement for a much bigger Norman predecessor, the outline of which can be seen above the present arch. There are tiny squints on each side of the arch which would have allowed at least some of the congregation seated in the nave to see the elevation of the host at the chancel altar – the key point in the medieval mass. The stone corbel to the left of the arch would have supported the rood loft. 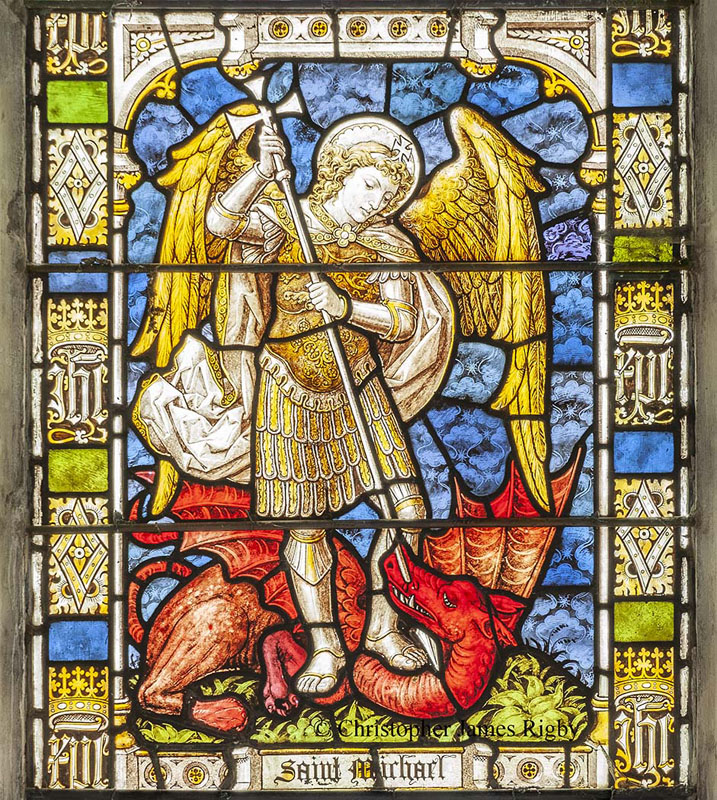 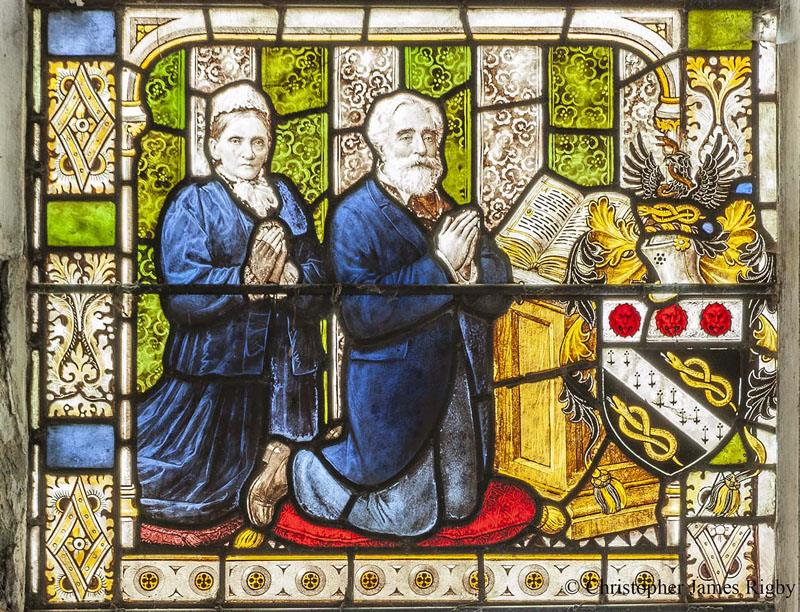 The tracery of the east window was probably inserted in the restoration of 1872. It is filled with jewel-like glass of 1907 designed by Burlison and Grylls. Photograph 5 depicts St Michael and photograph 6 Dr William Henry Addison and his wife, whom the glass commemorates. Addison, who came from Offham, had emigrated to Natal in 1849. 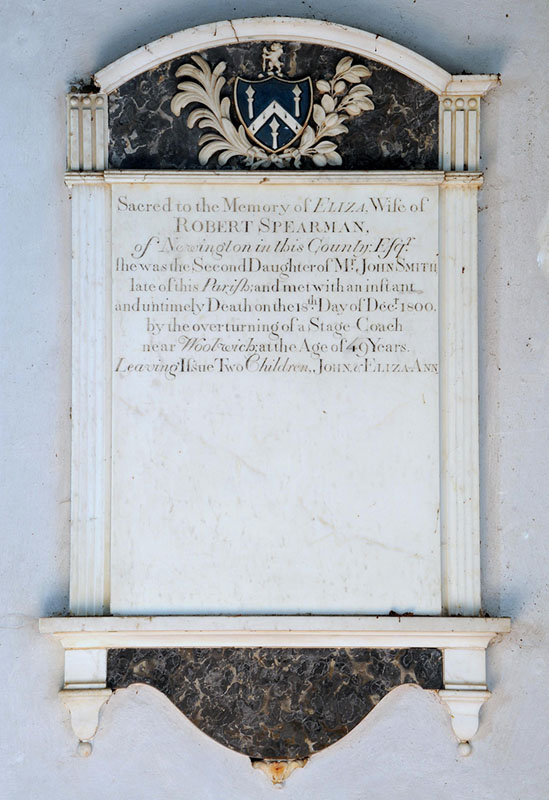 The inscription on this pretty monument to Eliza Spearman, who died in December 1800, tells us that she ‘met with an instant and untimely Death …… by the overturning of a Stage Coach near Woolwich’. 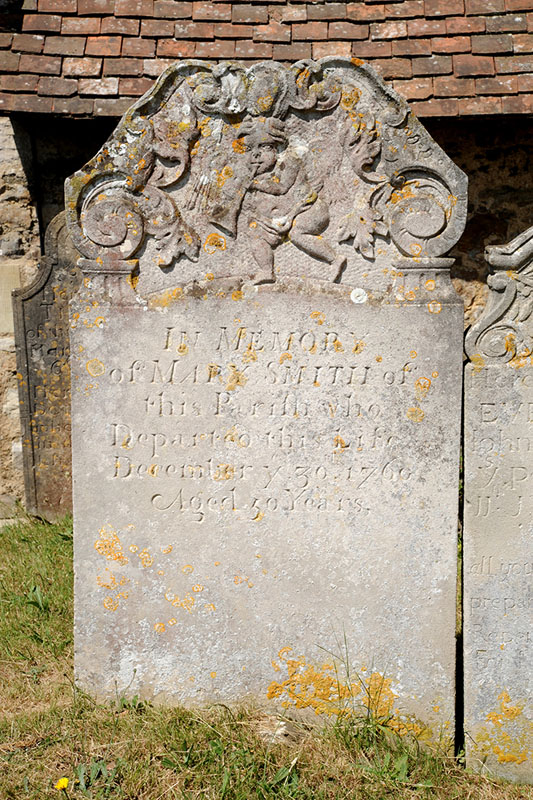 This headstone in the churchyard lies just east of the porch. It commemorates Mary Smith, who died in 1760 and shows a rather rustically carved angel blowing the last trump – a piece of folk art. There are similar stones nearby. Headstones like this occur in large numbers across Kent, though often less well preserved than this one. There is a particularly fine collection at St Michaels, East Peckham.