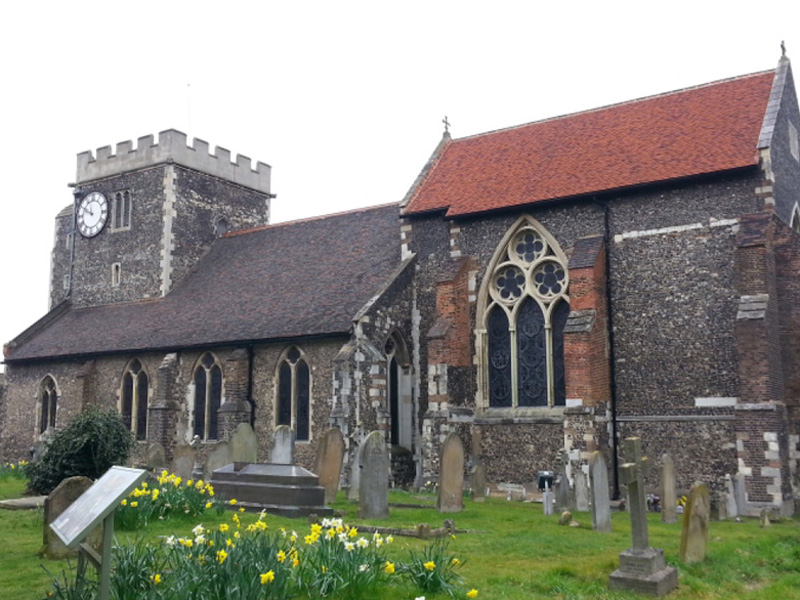 St Mary’s Church, Stone near Dartford is southern England’s greatest 13 century church. The present building was manufactured by Henry III’s masons at Westminster Abbey and shipped down the Thames in the 1270s for the Bishop of Rochester. In the 1990s, the church building was in a very poor state with scaffolding in place to prevent partial collapse. However, five major conservation projects generously supported by the Friends of Kent Churches, English Heritage, The Heritage Lottery Fund and Sir John Colyer-Ferguson have seen almost £1m spent reviving the future of the building. Early phases included new rainwater goods and drainage, re-roofing the Western Tower, structural repairs, window glass and masonry conservation, the internal masonry conservation and conservation and stabilisation of the outstanding 13 century wall arcading.

St Mary’s Church underwent a major restoration by the architect, Street, in the 1860s and the most recent phase of work concentrated on aspects of the building repaired and/or altered by him. The majority of the work was centred on the Chancel where Street constructed the present roof structure and chalk vault, as well as rebuilding the eastern gable.

Not only did the Chancel require re-roofing, there were significant structural issues to address. Firstly, the eastern gable was showing outward bowing and this needed to be restrained back using the roof structure. Secondly, there was movement between the chalk vault and Chancel walls which necessitated careful pinning and grouting of cracks to stabilise masonry elements and also to allow differential movement between elements.

Finally, there were some structural repairs required to the roof structure, although it was generally sound. The Chancel was re-roofed using new hand made Aldershaw Kent peg tiles in a mixture of colours to break up the visual impact of the new roof covering. Salvaged tiles were used to patch repair other elements of the building.

The final element of the present project was to stabilise the floor of the South Aisle. Investigations revealed that a post-mediaeval vault was collapsing and a lime concrete floor structure was designed to span this, ensuring minimal archaeological intervention. This corner of the church suffered bomb blast damage in the Second World War and the movement might have been ongoing since the 1940s. The work at St Mary’s, Stone has taken 20 years to complete and has been a major undertaking. The quality of this achievement was recognised with the awarding of the King of Prussia’s Gold Medal in 2004. We would have been unable to accomplish this without the support of the Friends of Kent Churches, through the regular grants and the hosting of the Briggs Memorial Lecture in 2002. This constant support has been vital in securing the future of one of Kent’s most outstanding churches. 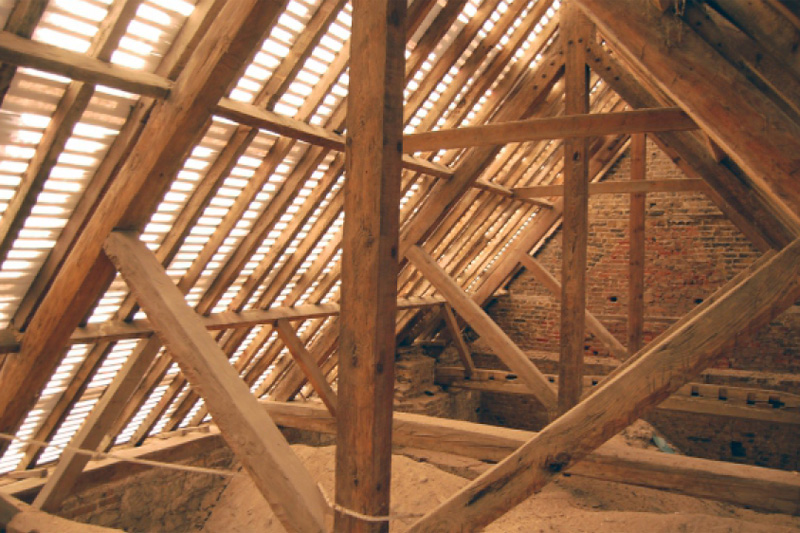 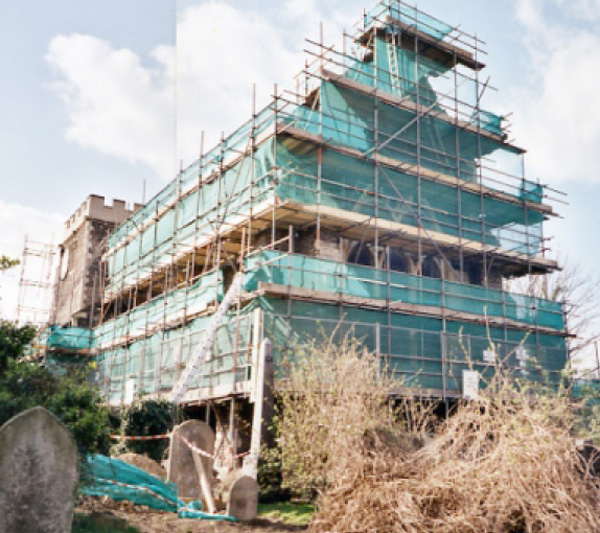