We rely very much on legacy income as well as income from Ride & Stride in order to be able to fund the grants we give to Kent churches. The generosity of those of our members who are able to donate to The Friends of Kent Churches through their Wills is enormously appreciated.

We also occasionally receive legacies from people who are no longer members or, indeed, may never have been members. A most interesting and surprising story lay behind a recent legacy of this sort. John Cross died in 2021, aged 72; he had no close relatives. He lived near Canterbury and unknown to anyone, he had quietly amassed one of the most important private collections of Anglo-Saxon coins in the world. They were so valuable that they were kept in a bank vault. His executors discovered papers referring to the collection when they searched his home after he died.

What was Mr Cross’s connection to the Friends of Kent Churches? We do not know but we do know he was very interested in medieval churches so he perhaps came across information about us in some of the churches he visited. Churches to which we give grants have posters displayed which let people know of our involvement, and since 1949 we have made grants to a large percentage of the medieval churches in Kent.

Mr Cross had gathered his collection of coins over a 30 year period. They were sold at auction in Canterbury in October 2021.

The single most valuable coin was an extremely rare gold Thrymsa, or shilling, dating from 640-660 and minted in Northumbria or York. It sold for £17,500. 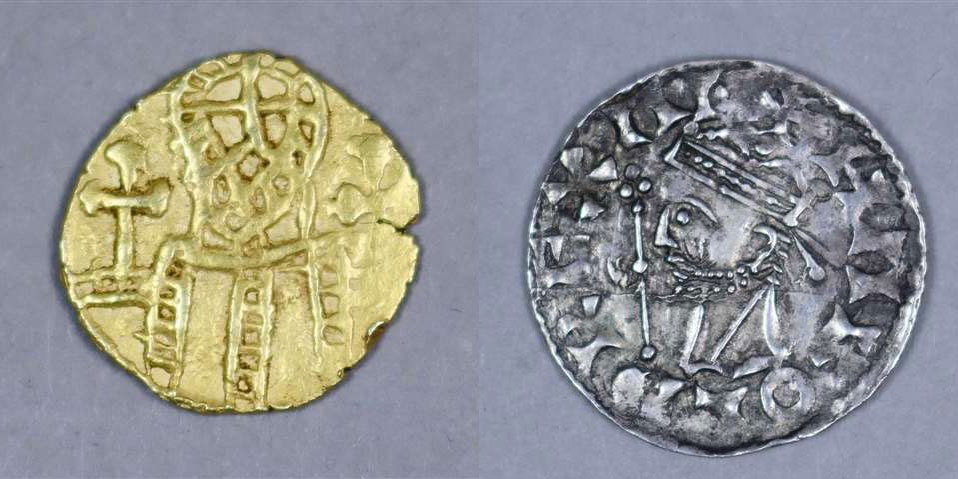 There were many silver pennies in the collection, minted for the Kings of the Anglo-Saxon kingdom of Wessex. This silver coin was minted for King Harold II, who was killed in the Battle of Hastings in 1066.

Mr Cross left the proceeds of the sale of his estate to be shared between The British Numismatic Society and The Friends of Kent Churches. This most generous legacy will be used most wisely by The Friends and will help to preserve the buildings that John Cross clearly loved and valued.